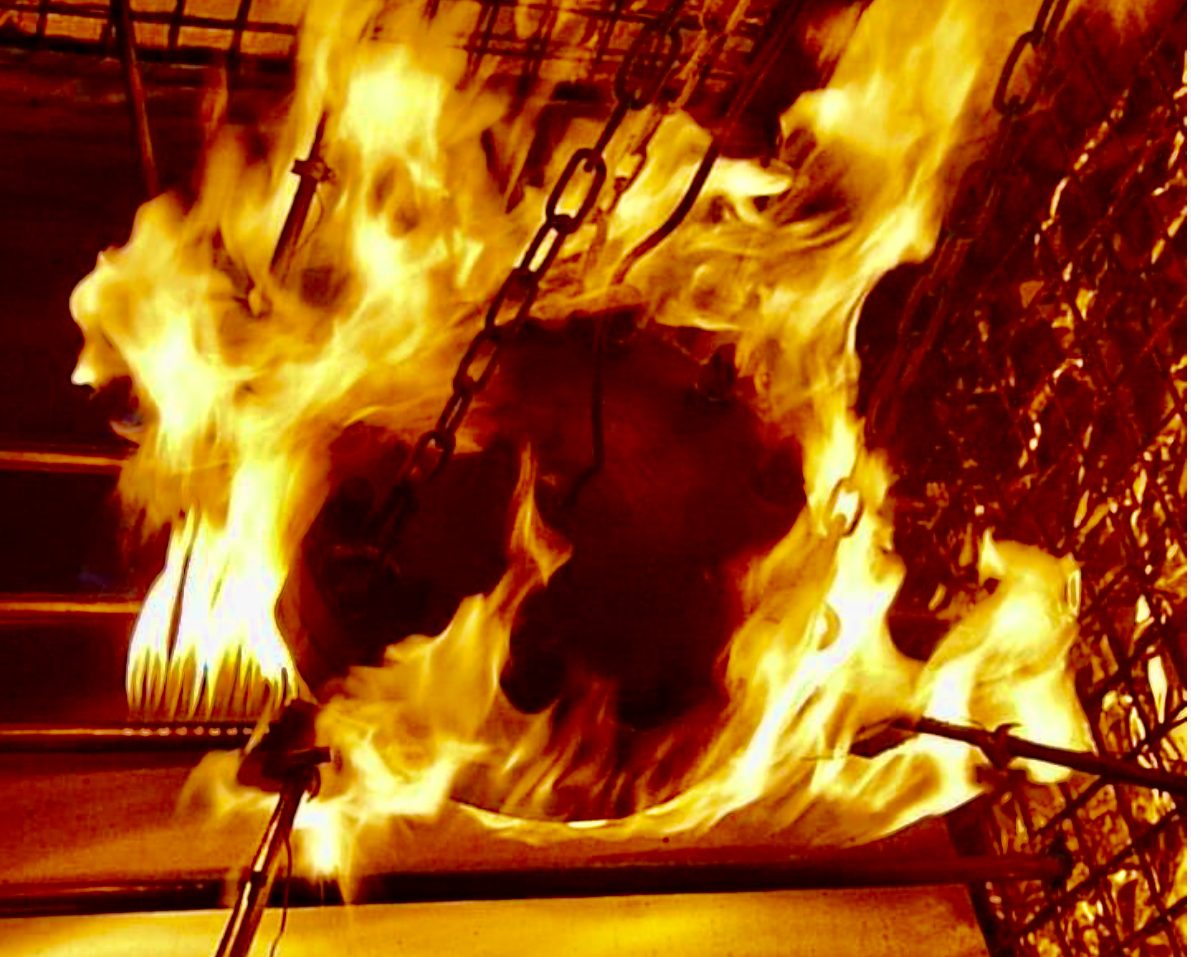 The Fire Test requires that any sealing and connection hold for 30 minutes in a flame condition and hold for a cool-down period. After the assembly is cooled down to room temperature the line is depressurized and then re-pressurized. During all facets of the test, the gasket must not exceed an API proscribed leak rate.

In the Fire Test, a 6" Class 300 flange is pressurized with a test pressure of 75% of API-rated working pressure. The test pressure is maintained during the burn and cool-down period. After 5 minutes a fire is established and the flame temperature is monitored. The average of the thermocouples must reach 760℃ within 2 minutes and the average of the calorimeter shall reach 650℃ within 15 minutes. The burn period shall last for 30 minutes. After the burn period, the connection is air-cooled down to 100℃ or less. After cooling down the flange is depressurized and the pressure is increased again to the test pressure and held for 5 minutes.

After that, the flange was pressurized with an internal pressure of 40 bar. The test medium was water. After 5 minutes flame impingement starts for a period of 30 minutes. During the burning period, the flame temperature was nearly constant. After 30 minutes of burning the flange was cooled down to a temperature less than 100℃ and the system was depressurized and the pressure was increased to 40 bar again.

The maximum leak rate is 1 ml/inch/min of mean gasket circumference.

During the burning period, a leak rate of 0.04 ml/inch/min could be measured.

During the complete pressurization with water, a leak rate of 0.01 ml/inch/min was measured.

It was concluded that the leak rate is far below the allowable leak rate and the DeltaV-Seal successfully passed the API 6FB Fire Test.

API 6FB Fire Test Certificate
Did this answer your question?